The search for the Knysna Elephants 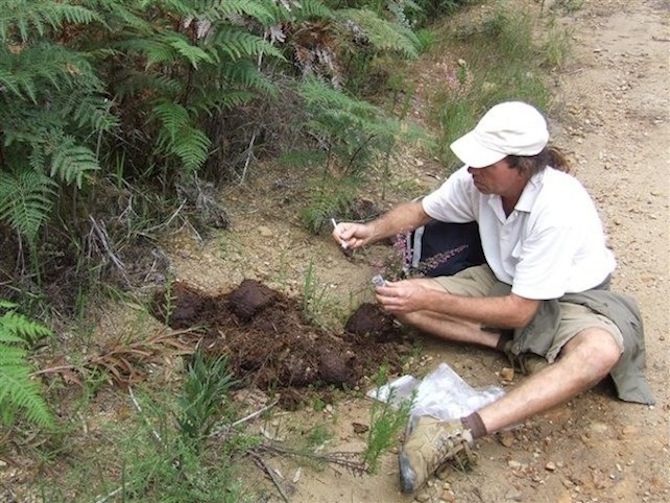 In his recent book The Secret Elephants, Gareth Patterson acknowledges that we have probably learned more about elephants than any other large, wild-living mammal. And yet some of the discoveries he has made only serve to highlight the fact that there’s much more to learn.

Very little is known about the elephants of the Knysna Forest. And admittedly, it’s not easy to study an animal that you cannot find. In fact, some even doubt their existence at all.

Hunted almost to extinction by the early 20th century, the last remaining members of the massive herds that roamed the southernmost areas of Africa instinctively knew that they had to adapt in order to survive.

Within a generation or two, they had developed specialised skills to enable them to live in the kind of vegetation where they could avoid the hunter’s gun. They learned to survive on a different diet, most significantly of all though, they became masters in the art of silence and stillness, becoming almost ghost-like, avoiding any contact with man. Gareth Patterson started researching these elephants several years ago, with his main aim being to discover just how many of them still existed.

In their documentary, The Search for the Knysna Elephants, NHU Africa follows the search for the proof of these elephants’ existence in the Knysna Forest. They trail the Forestry Guards as they gather the evidence needed to unravel the mystery of these highly evolved creatures.

The story of the Knysna elephants intrigues us because it seems that somehow, miraculously, these wonderful animals have found a way to live free and in relative safely in their forest domain despite the relentless harassment they have endured at the hand of man.

Not only are they the most southern of the continent’s elephants, says Tim Jackson, who interviewed Gareth about his research, but they are also the only unfenced population in South Africa.

He continues: Official sources maintain that just one individual survives, prompting the population here to be described as functionally extinct. For the rest of us, they are the stuff of myth and legend. In the mid-1990s, in an attempt to boost a dwindling population, several young elephants were relocated from the Kruger National Park to the area. At the time it was thought (wrongly, as it turned out) that Knysna’s elephants were confined to the forest. Because these youngsters preferred feeding at the forest edges and in the adjacent mountain fynbos vegetation, it was assumed that they hadn’t adapted to the forest environment and they were removed five years later. In 2001 wildlife researcher and environmentalist Gareth Patterson decided to take a closer look at the situation. What was originally a short voyage of discovery has since turned into something of an odyssey, and Patterson has spent thousands of hours combing the forests and fynbos of Knysna, piecing together clues that are slowly revealing more about population numbers (there’s certainly more than one elephant) and behaviour. A decade later, the pull remains as strong as ever, and he can still be found wandering the trails in search of yet more insights.

7 Responses to The search for the Knysna Elephants