Posted on September 5, 2012 by Phantom_Forest 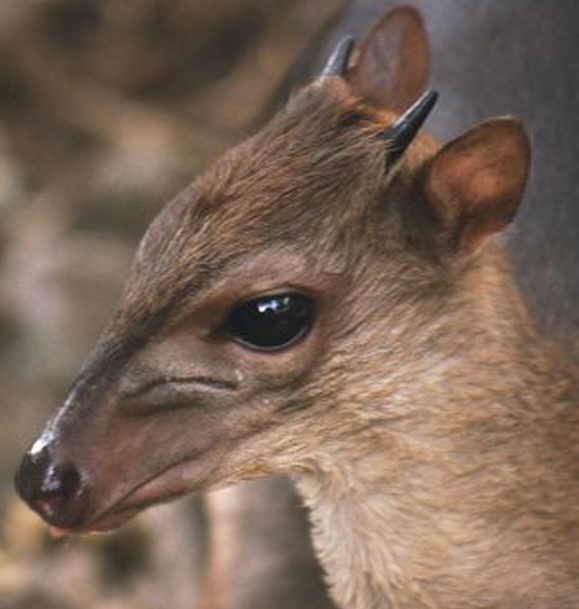 Image by: Brent Huffman at www.ultimateungulate.com

One of the inhabitants of the “Phantom Forest” is the Blue duiker (Cephalophus monticola), the smallest antelope in Southern Africa. This small buck is approximately 30 cm in height, and weighs between 4 and 4.6 kilograms. Dark reddish brown in colour, with a blue-ish sheen on its back, the blue duiker has short horns.

The Blue duiker has pre-orbital glands on the sides of the face, below the eyes. These are a type of scent gland which they use to mark their territory as well during the mating process. Young ones are looked after up until they are 18 months at which point they are released to be on their own.

Dense bush and forests is where these sub-species of the Southern Cape are most comfortable. They can also be found on the Eastern Coasts of South Africa, throughout Kwa-Zulu Natal and further up north in Swaziland, Mozambique & Eastern Zimbabwe.

The Blue duiker’s solitary and nocturnal habits are both an advantage and a disadvantage, because they lack the protection of a herd but also do most of their feeding in the low visibility of night. The Blue duiker’s diet includes fruit, leaves, eggs and bugs.

Although not endangered, the fact that the Blue duiker mostly inhabits rain forests puts it in danger due to deforestation, plus the Crowned Eagle also preys on it.

This entry was posted in From the Phantom Forest and tagged Blue Duiker, eco reserve, garden route hotels. Bookmark the permalink.