Espresso Romano? Cafe’ de Olla? Wiener Melange?………………. Or is there any other international way that you would like to enjoy your coffee? 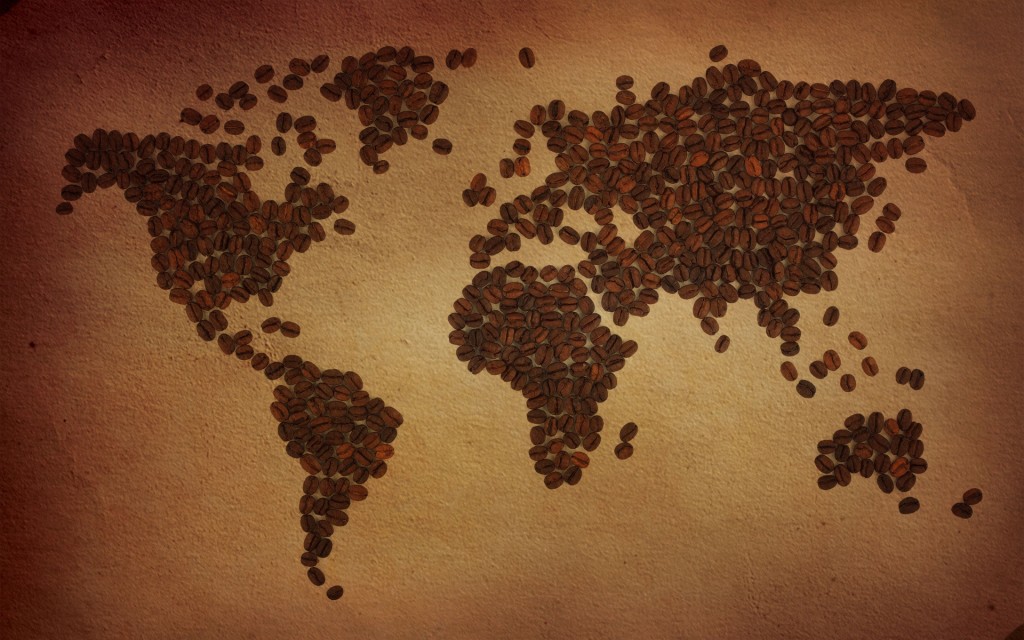 No matter where you find yourself in the world, chances are you’ll start your day off with a cup of coffee.

Everyone has their preference: cappuccino, latte, black with a little sugar (or not), but your choices will be slightly different depending on what country you’re in. Coffee is prepared and drank differently across the world so if you’re traveling, it helps to know the lingo before you try to order your morning cup of joe.

You want an espresso in Madrid? Well the Spanish have many different types of traditional espresso drinks including cortado, which is cut with a little steamed milk, or a café bombón, which is made with one part espresso and one part condensed milk. If you’re in Australia, you may want your espresso as a “flat white” which is a shot with a splash of steamed milk and milk foam (sounds a lot like the U.S. latte, doesn’t it?).

In Italy, meanwhile, coffee is serious business. There are many different coffee creations and specialties, each with its own name. A city favourite is the café Romano, which is an espresso shot served with a slice of lemon that offsets the bitterness of the strong coffee and makes it taste a little sweeter without you needing to add sugar. And if you want an espresso but not an entire shot, then try a ristretto, which is a very short shot of espresso.

And if you can’t decide whether you want a cup of tea or a cup of coffee in the morning, well then China has an answer for you — coffee is combined with tea here in a drink called yuanyang (named for the Mandarin duck whose males and females look so different from each other it’s like they’re two different species of duck). It’s so popular that Starbucks has a limited edition Frappuccino based on it and it’s now drank across the world.

Coffee may be fairly ubiquitous these days, but many don’t know it originally came from the Horn of Africa and, according to legend, the Ethiopian province of Kaffa. Slaves would chew the coffee cherries for energy and took them to Yemen where it was cultivated in the early 15th century. It made its way to Europe, finally, in the 17th century where the Dutch cultivated the plants in greenhouses. Today it’s a multi-billion dollar industry that’s set up shop in scores of countries across the globe and is drank in hundreds of different ways. 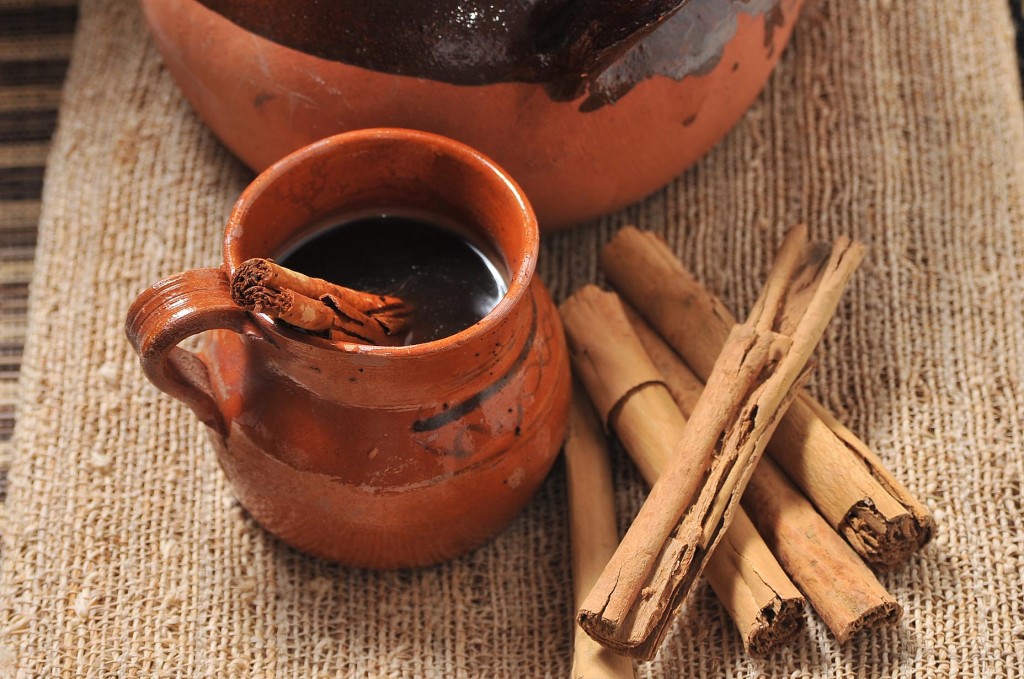 Cafe’ de Olla, Mexico ~ Literally translated as “pot coffee,” this is traditionally prepared in beautifully artisanal clay pots which give the drink a distinctly warm, earthy flavor. Cinnamon and piloncillo (which is a customary sugarcane candy) are added for that extra kick and to sweeten the drink. 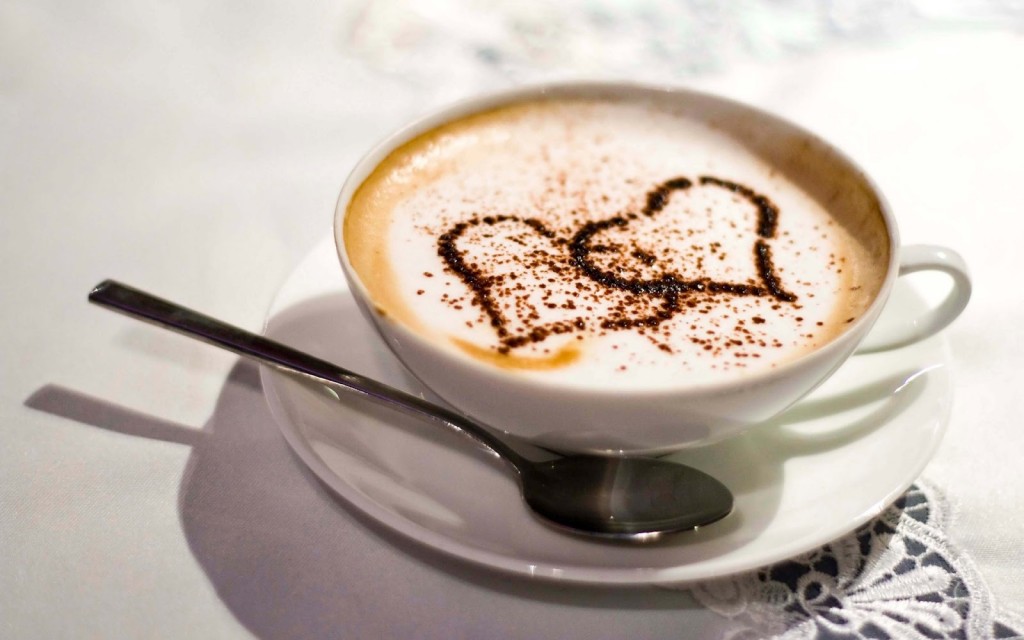 Kopi Susu Panas, Malaysia ~ The British introduced coffee to Malaysia in the early 19th century but the style here is to serve it thick and sweet. One part condensed milk is poured into the cup first. Very strong ground and brewed coffee is added after. The coffee steeps into the condensed milk, thickening up the whole drink. When you’re ready to drink it you just give it a quick final stir. 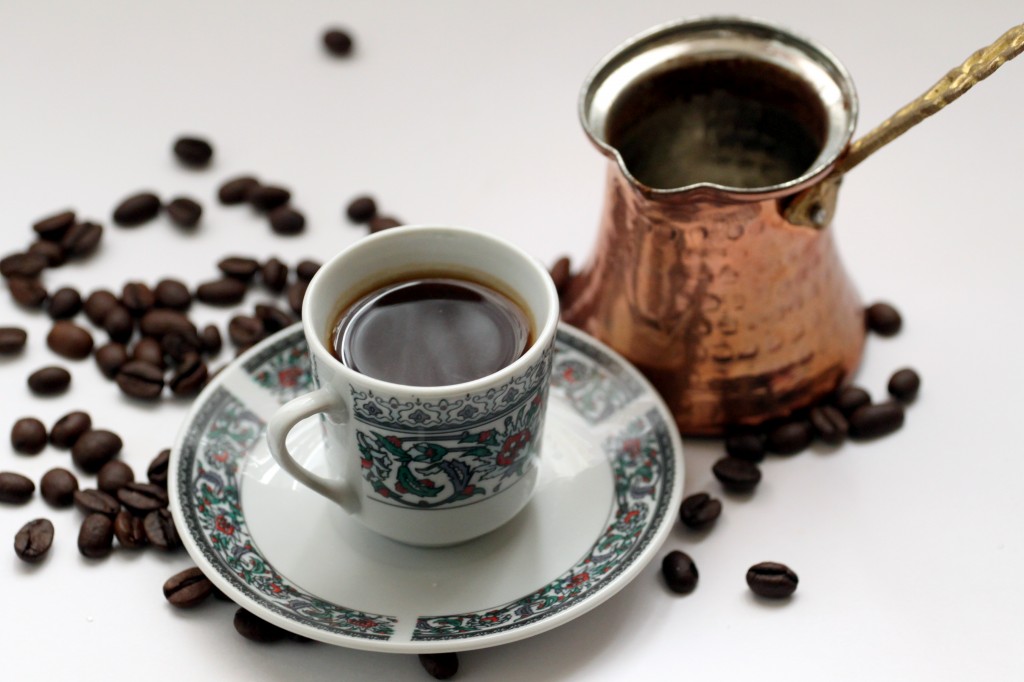 Turkish coffee, Turkey ~ This small yet powerful coffee packs a punch — roasted and finely ground coffee beans are boiled in a tiny pot called a cezve (traditionally made from copper) and usually prepared with sugar. It’s poured straight into a little cup and served hot, though you only drink it after the grounds have settled at the bottom of the cup. The tradition goes back to the Ottoman settlers in Arabia during the early 17th century and the drink was so popular that the method of preparation has changed little since that time. 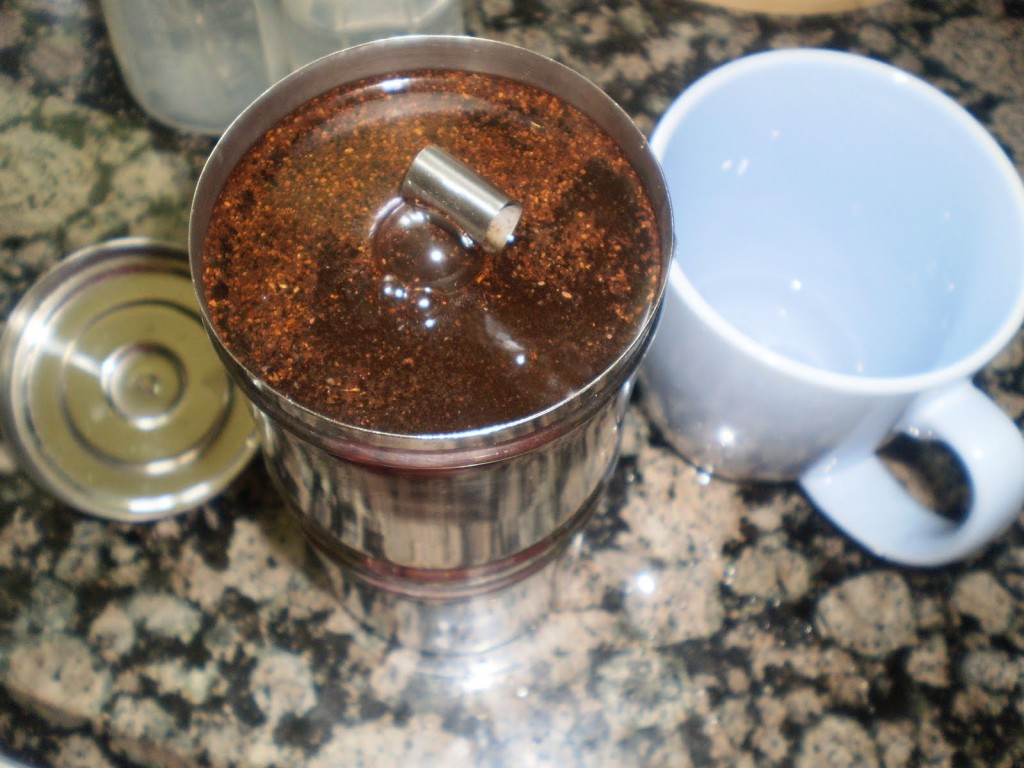 Indian filter coffee, India ~ Also known as “kaapi” (and pronounced with a long “A” sound, like k-ah-pi), south Indian sweet, milky coffee made from dark roasted coffee and chicory is brewed in a metal container with two circular cups. During the process, the coffee grounds are compressed and brewed, resulting in a stronger product than most western-style “drip coffees.” The complete drink is also one part milk to the one part brewed coffee plus sugar is added.

Espresso Romano, Italy ~ Coffee is serious business in Italy, especially in Rome where espresso is king. There are many distinct versions of espresso drinks, this one is a shot of espresso with a slice of lemon served either on the side and sometimes run along the rim of the glass. The tart, lemony aspect highlights the sweetness of the espresso so that sugar is not required. 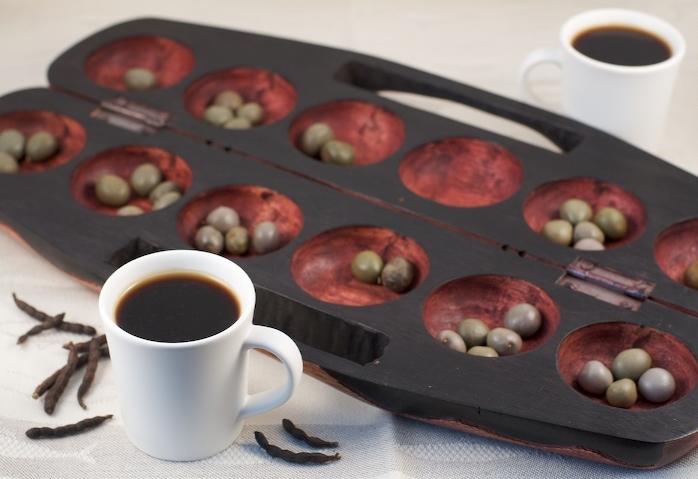 Cafe’ Touba, Senegal ~ This ground coffee is flavoured with grains of selim (Guinea pepper) and cloves. The pepper is specially imported to Senegal from Côte d’Ivoire and Gabon, mixed in with other spices, and roasted with the coffee beans and ground intro powder to give it a distinctive flavour. The drink used to only be consumed during ceremonies and commemorations but is now widely enjoyed by many. 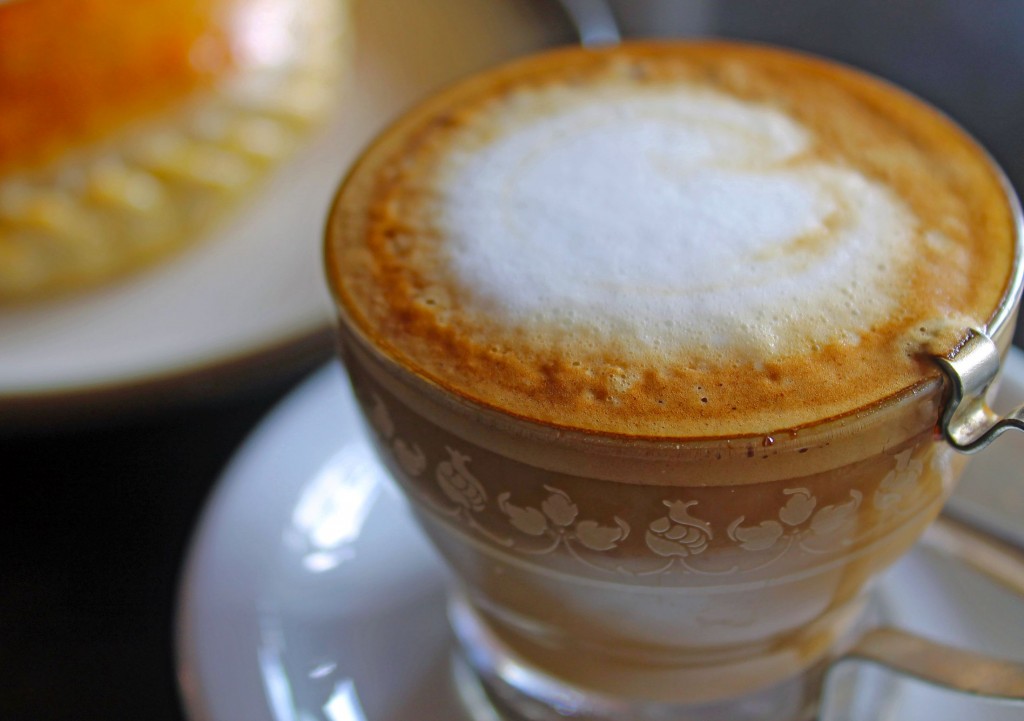 Cortado, Spain/Portugal/Colombia ~ A cortado is an espresso cut with a little warm milk (literally “cortar” in Spanish means “to cut”). It is very similar to the Italian café macchiato where a dash of steamed milk is used to cut the espresso. In the U.S., the same drink is sometimes called a Gibraltar (the term was coined by coffee shops in San Francisco and California). In Cuba it’s called a “cortadito” and there are several different versions including one with condensed milk and cream on the top. 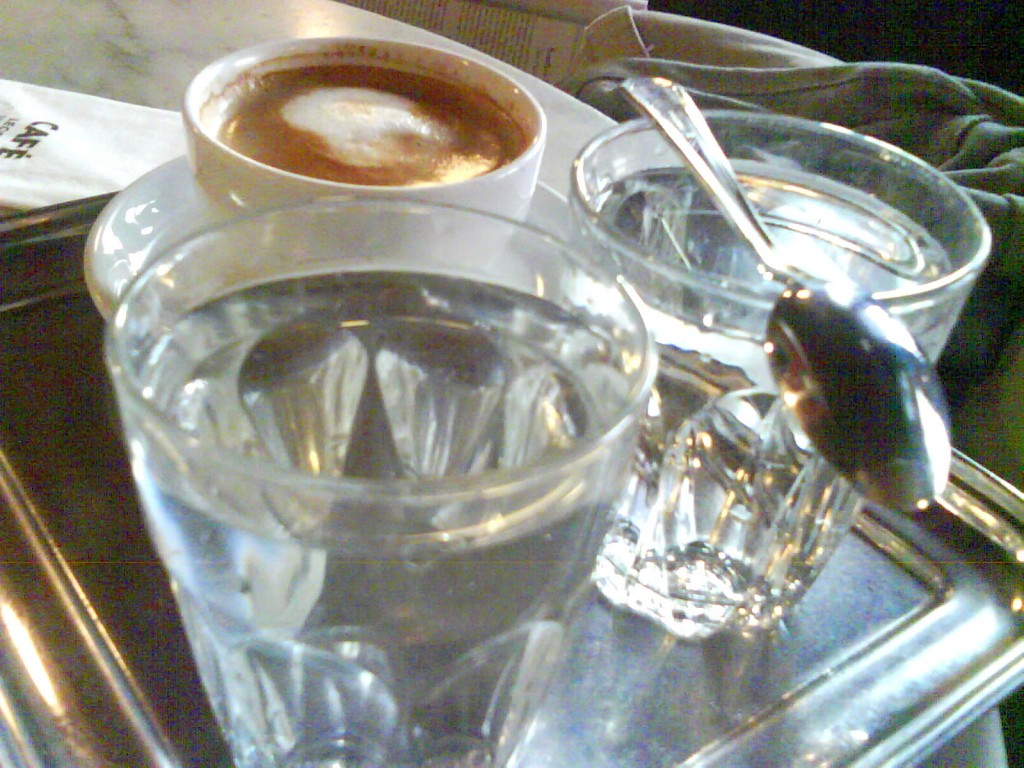 Wiener Melange, Austria ~ This specialty coffee, which means Viennese Blend in German, is very similar to a cappuccino. It is customarily served as a double espresso shot in a large coffee cup that is topped with steaming milk and milk foam. Other versions involved adding an egg yolk topped with two sugars to the double espresso before adding whipped cream. 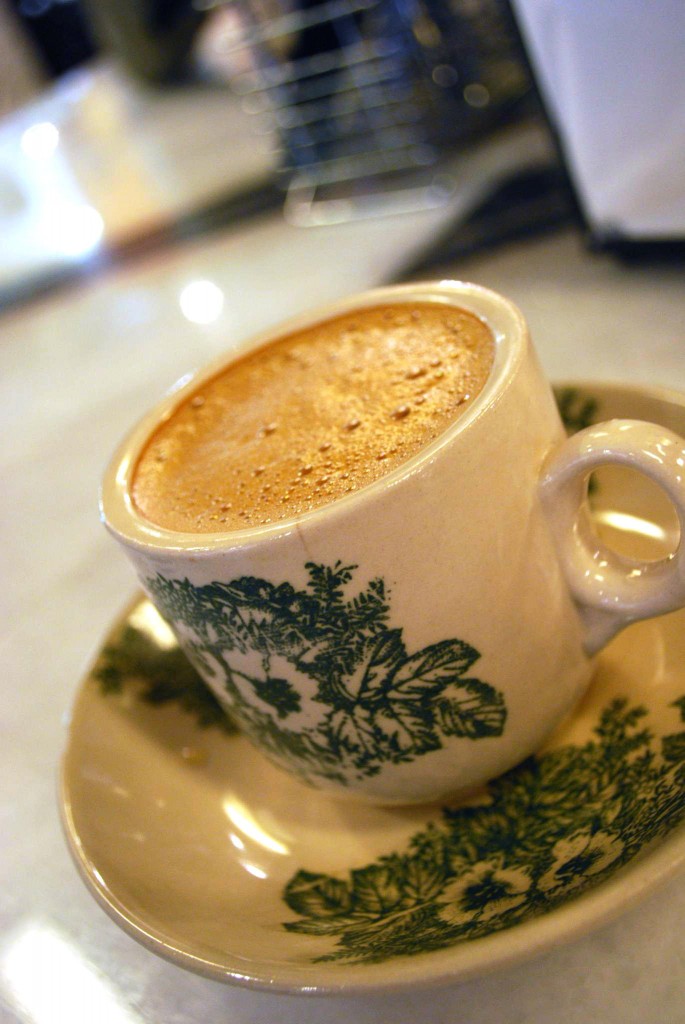 Yuanyang, China ~ This beverage is popular in many parts of China, especially Hong Kong, and is a mixture of three parts of coffee and seven parts of Hong Kong-style milk tea. While initially only served by vendors and in street cafés, it’s now also served in many restaurants.

This article was sourced from TheDailyMeal.com via @HuffPostTaste 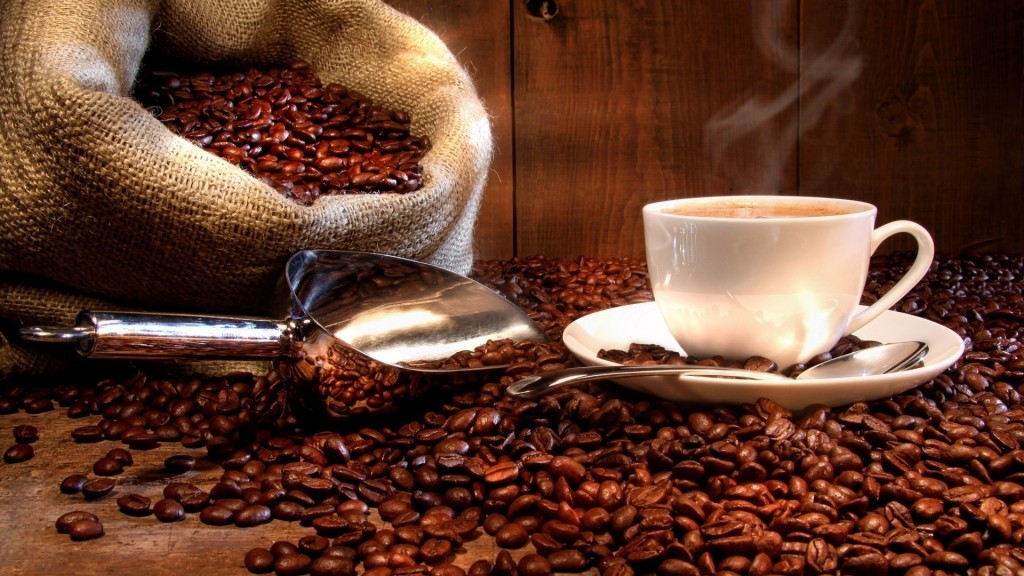 This entry was posted in Phantom Feasts, Uncategorized, Unwind and tagged coffee. Bookmark the permalink.