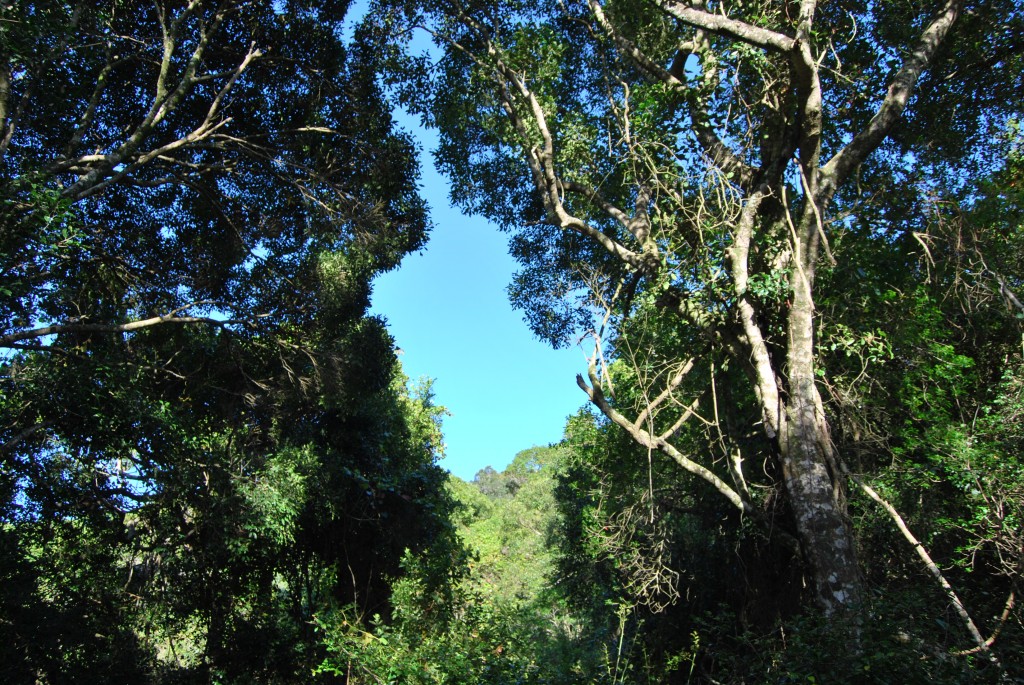 We humans have a wide range of feelings about members of the kingdom Plantae, from
total disregard to thinking they are clever friends. Given that this was sourced from TreeHugger, we lean toward, at the very least, wanting to give them a big embrace. But what does science have to say about our botanical cohabitants?

1. Plants could be cognitive and intelligent
Professor Stefano Mancuso runs the International Laboratory for Plant Neurobiology at the University of Florence. In an experiment with two climbing plants, they found that both competed for a single support when it was placed between them. The plant that didn’t make it to the pole first immediately “sensed” the other plant had succeeded and started to find an alternative. “This was astonishing and it demonstrates the plants were aware of their physical environment and the behavior of the other plant. In animals we call this consciousness. We are convinced that plants are cognitive and intelligent.”

2. They’re all brain; and we’re dependent on them
Mancuso continues, “Plants distribute all along the body the functions that in animals are concentrated in single organs. Whereas in animals almost the only cells producing electrical signals are in the brain, the plant is a kind of distributed brain in which almost every cell is able to produce them.” Underestimating plants can be very dangerous, he says, “because our life depends on plants and our actions are destroying their environments.”

3. They could be sentient beings
Professor of forest ecology in the department of forest and conservation sciences at the University of British Columbia, Suzanne Simard talks about the ways in which trees are linked together underground. She has studied this “wood wide web” and says that trees communicate with each other and then behave in certain ways. “We grew Douglas fir in a neighborhood of strangers and its own kin and found that they can recognize their own kin and we also grew Douglas fir and ponderosa pine together. We injured the Douglas fir by pulling its needles off, and by attacking it with western spruce bud worm [ouch], and it then sent a lot of carbon in its network into the neighboring ponderosa pine. My interpretation was the Douglas fir knew it was dying and wanted to pass its legacy of carbon on to its neighbor, because that would be beneficial for the associated fungi and the community.” Simard says that we should shift our thinking and change our attitude which would be beneficial for our forests. “We haven’t treated them with respect that they are sentient beings.”

4. They can help us better understand nature to advance our future
Dr. Barbara Mazzolai is the coordinator at the Centre for Micro-BioRobotics at the Italian Institute of Technology. She uses plants as a biomimetic starting point to design robots. So smart. She says they can use a plant-inspired robot for environmental monitoring, space
applications or rescue under debris, “because it can adapt to the environment like a natural system. The robot doesn’t have a predefined structure, but can create on the basis of need. Medical robotics could also be a key application,” she adds. “We could develop new endoscopes that are soft and able to grow inside living human tissues without damage. Plants are underestimated. They move under the soil and it’s difficult to understand the behavior of these systems. But they have features that can really help us understand nature.”

5. Their ability to adapt is crucial for us to learn from
Professor Daniel Chamovitz, the Dean of Life Sciences at Tel Aviv University pulls back from declaring that plants are smart. “Anyone who claims they’re studying plant ‘intelligence’ is either trying to be very controversial or is on the borderline of pseudoscience,” he says. But he admits they are exquisitely aware of their environment and how to adapt to that … and understanding them is important for our survival. “There’s information being exchanged between roots and leaves and flowers and pollinators and the environment all the time. The plant is making ‘decisions’ – should I change 10 degrees to the left, five degrees to the right? Is it time to flower now? Is enough water available?” Chamovitz says that in our modern environment – with its global warming, changes in
precipitation, and shifting populations – we need to learn from plants about how they respond to their environment and then adapt. “We’ve completely underestimated plants. We look at them as inanimate objects, completely unaware of the amazing, complex biology that allows that plant to survive.” If we don’t learn from them, he says, “we might find ourselves in a big problem 50 to 100 years from now.”

This information was written and compiled by Melissa Breyer (@MelissaBreyer) Sourced from www.treehugger.com – Sustainability with sass!

This entry was posted in Eco awareness, From the Phantom Forest, Green Thumbs and tagged conservation, healing plants, healing trees. Bookmark the permalink.