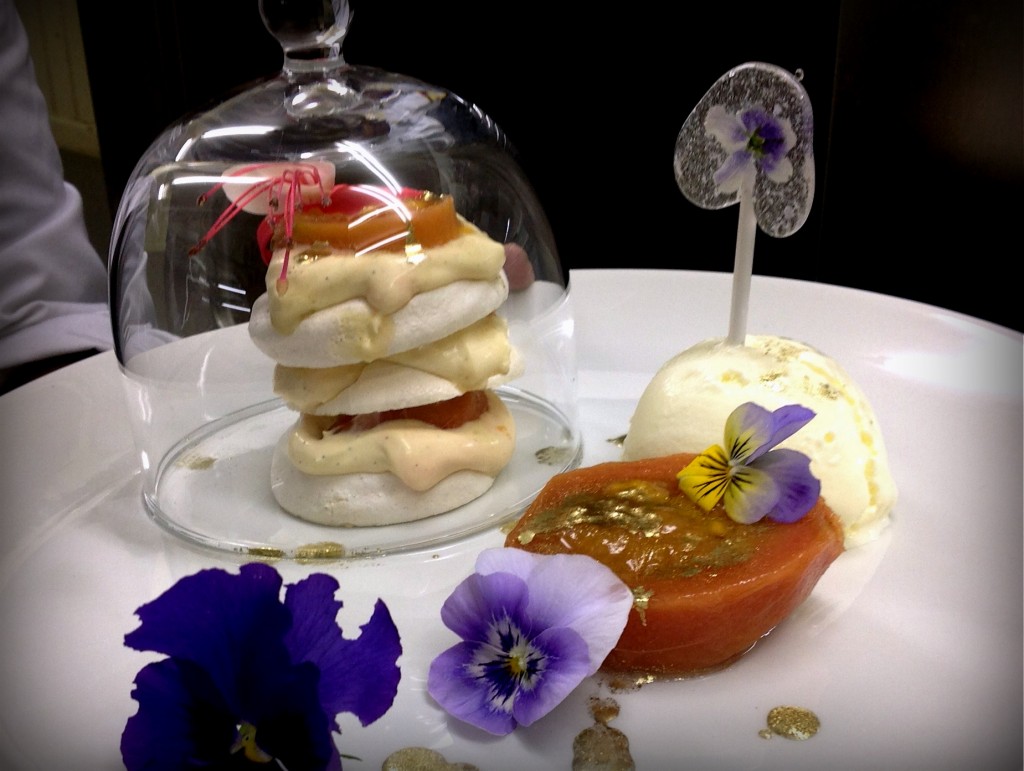 I always rub down my whisking bowl and whisk with a cut lemon, this helps if there is any fat as this will impair the rise of your egg whites. Eggs at room temperature also beat better than cold from a fridge.

Beat the egg whites until soft peaks have formed.

Add the sugar one spoon at a time, beating after each spoon, beat until glossy and stiff then add corn flour and vinegar.

This helps stabilize your pavlova- crisp outside soft inner.

For this dessert I am stacking three to four, so ensure they’re not too large.

Bake at 160 degrees for about 40 minutes or until outside is dry and crisp.

For the Brazilian spiced guavas

Bring the sugar, water, spices, chili and vanilla to a simmer in a saucepan over a medium heat and stir until all the sugar has dissolved.

Cook for 15 minutes and then add the guavas and gently simmer for a further 10 minutes.  Stir in the lime zest.

Gently transfer the guava halves to a warm sterilized jar and pour the warm spiced sugar syrup on top.

Seal and allow to cool to room temperature before storing in the fridge for up to 3 weeks.

Stir to combine. You can also add some other flavour to your liking, for example toasted almond, chopped Turkish delight, or some granadilla pulp or a little marmalade.

Layer whipped yogurt between Pavlovas and serve with spiced guavas.

The guava is very versatile and can be used in different ways. Great with cheese or as an accompaniment to duck

This entry was posted in From the Phantom Forest, Phantom Feasts and tagged brazilian poached guava, Robyns Creations. Bookmark the permalink.