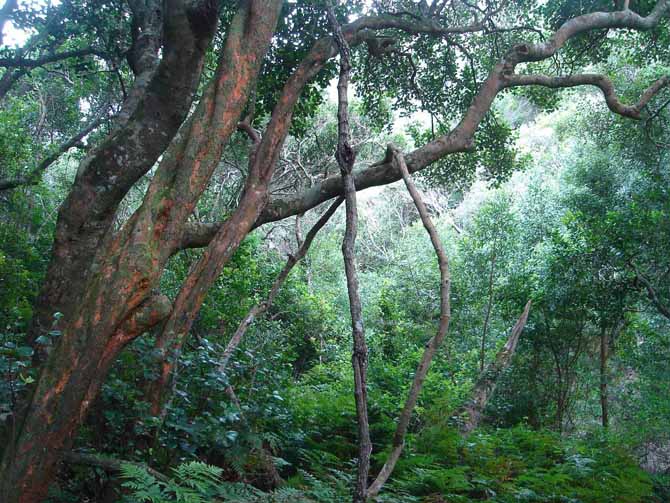 Forests have since time immemorial invoked a feeling of the magical and the mysterious, and none more so than the breathtaking Knysna Forest. It is in this beautiful forest setting that Phantom Forest’s eco lodge – including the The Boma and The Chutzpah restaurants – is situated.

The Knysna forest extends along the coast between 22Â°E and 25Â°E, generally along 34ÂºS in a region called the Garden Route – Â a popular stretch of the south-eastern coast of South Africa.

This eco-region has a subtropical, warm-temperate climate, and rainfall occurs all year round – ranging from 525 mm to 1220 mm per year.

The Afromontane (meaning African mountain) forest is a plant community (biome) that forms an important part of the vegetation of the Garden Route. 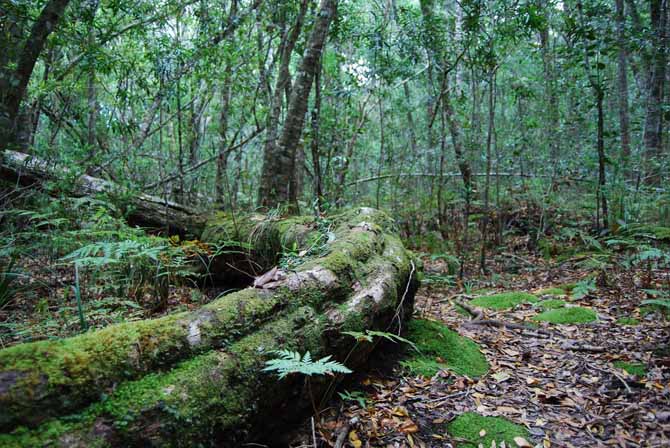 The forest can be further divided into different types, and follows the general rule-of-thumb that there is a greater diversity of species in the lower altitude forests than in that of the higher altitudes (this is also true for younger stands of forest, which generally have more species than the older forests).

The Afromontane forests are usually found at altitudes below 1 000 metres, in areas that are protected from wind and fire, and in soil that is deeper, more fertile, and more able to retain moisture than the soil in which the fynbos thrives. Annual rainfall in these areas is more than 625 mm. These forests are generally not damaged by the periodic fires â€“ partly because of the higher rainfall, but also because their leaves and woody parts are more resilient than those of the fynbos plants.

Afromontane forests occur in most of the mountains along Africaâ€™s Indian Ocean seaboard, in a patchwork of small, relatively isolated areas, or “forest islands”. The important tree species are common to all of these “islands” throughout the range (there are only about 500 000 hectares of indigenous forest in the whole of South Africa – covering about 0.5% of the total land mass).

The largest continuous example of Afromontane forest in South Africa – and therefore the most important within the Cape Floral Kingdom – is the Knysna Forest, which covers an area of just less than 60 000 hectares between George and The Tsitsikamma National Park.

The forests are home to African Elephant (read all about the search for the elusive Knysna Elephants), Leopard, Bushbuck, Blue Duiker, Bushpig, Vervet Monkey and other mammals. A rich assortment of birds, reptiles, amphibians, and insects also reside there.

The Knysna forest has been exploited for valuable timber since the 18th century. Although managed timber harvesting is allowed today, the forests now fall within protected areas.

This entry was posted in From the Phantom Forest and tagged eco reserve, garden route hotel, Knysna resort, Knysna spa, places to stay in Knysna. Bookmark the permalink.