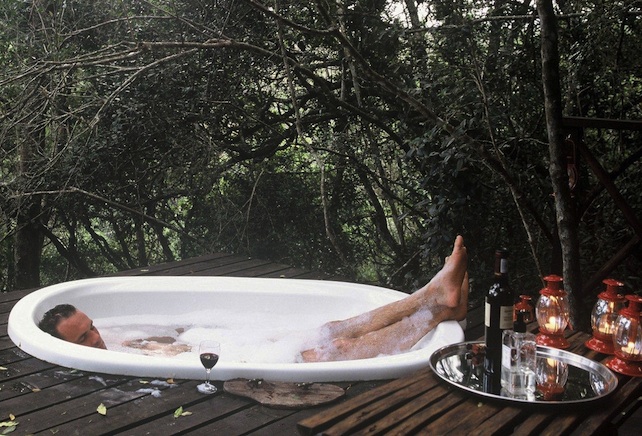 Turn your geyser down below 60ºC

By reducing the temperature, you’re still ensured a hot shower. You just won’t need as much cold water to regulate the heat.

Shower instead of bath

On average, bathing uses a massive 80 litres of water, while showering requires a mere 35. Obviously this depends on how deep you run your bath and how long you shower for.

Commonwealth Scientific and Industrial Research Organisation developed a simple “air shower” device which, when retrofitted to existing showerheads, fills the water droplets with a tiny bubble of air. The result is the shower feels just as wet and just as strong as before, but now uses much less water.

A geyser blanket is an additional layer of insulation that is wrapped around the geyser.  Most products on the market typically consist of a 50mm layer of glass fibre insulation with a reflective foil sheeting cover on one side.  However, the thicker the insulation is, the better it works (100-150mm is not much more expensive but it is twice or three times as effective).

Installing a solar water heater at home can reduce the costs of heating water by up to 70%. Solar heating also benefits electricity consumption. A 150 litre solar water heater means that 4.5kWh/day of electricity is not required.  Over a year this means that nearly two tons less of carbon dioxide emissions are released into the atmosphere. It is a more costly exercise than the other suggestions, but Eskom offers attractive rebates to homeowners who go this route.