Some facts about the misunderstood house spider 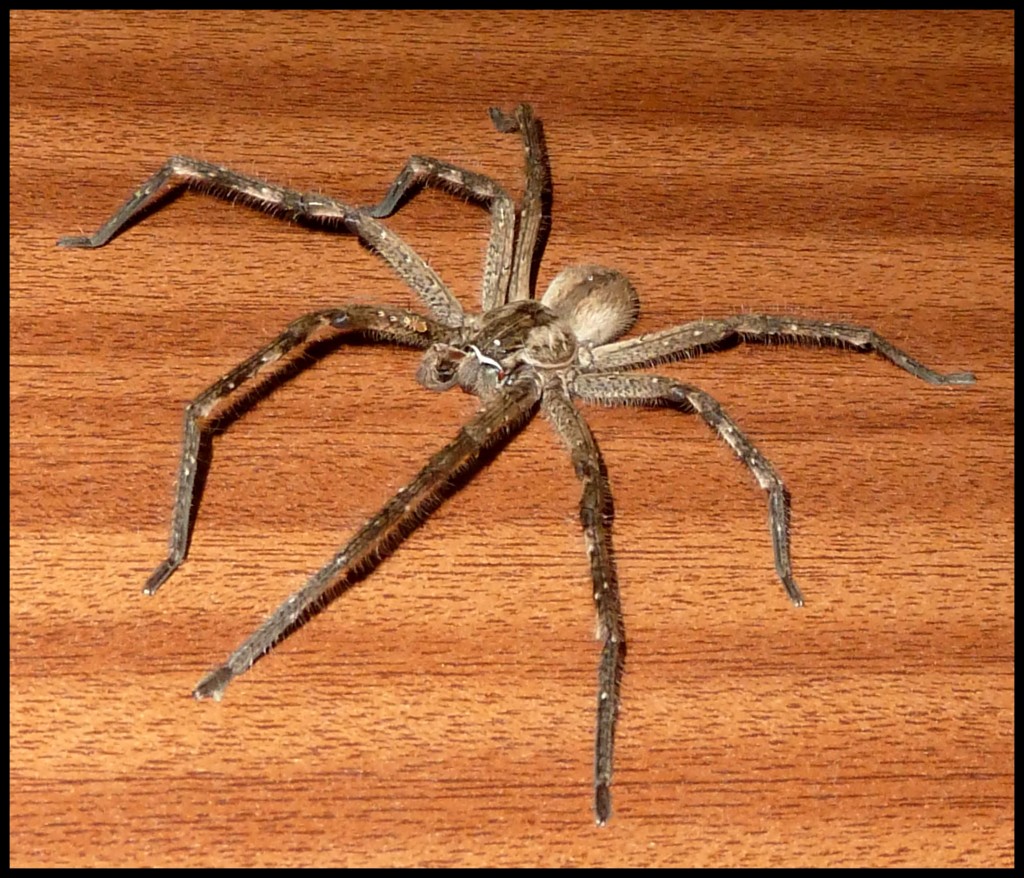 Humans and house spiders go way back, yet we rarely give this ancient relationship
much thought. If you live with someone for centuries, shouldn’t you get to know
each other?

If you have a house, you probably have house spiders. They mightlive in your attic, basement or windowsills, or they might brazenly inhabit your houseplants. But despite their reputation as creepy interlopers, most house spiders haven’t simply wandered away from home: Our houses are their natural habitats.

Some people think of spiders as insects, lumping them in with six-legged invaders like roaches or ants. But they’re not insects, and they don’t want to raid our cupboards. Much like their outdoor relatives that eat crop pests, house spiders just want to quietly kill the insects that do covet our food. If anything, they’re on our side!

That may not help with severe cases of arachnophobia, but fear and respect aren’t mutually exclusive. And the more we know about these misunderstood housemates, the less fodder we have for misguided phobias. In hopes of clearing house spiders’ name, here are eight interesting facts that might persuade you to put down the shoe, pick up a magnifying glass and give peace a chance.

1. Humans and house spiders have history.

Like all modern arthropods, the spiders in your attic are descendants of 7-foot-long marine animals that lived 480 million years ago. True spiders evolved about 300 million years ago, which means they pre-date dinosaurs, not to mention humans. It may feel like they’re encroaching, but they were here first. Still, deferring to spiders on a camping trip isn’t the same as sharing our homes with them. Does a spider’s evolutionary seniority really give her free reign over habitats built by and for humans? Maybe not, but ousting
spiders from any house is a herculean task. Not only are they stealthy and stubborn, but they’ve been living with us for a very long time. In fact, many house spiders are now specially adapted to indoor conditions like steady climate, sparse food and even sparser water. “Some house spider species have been living indoors at least since the days of the
Roman Empire, and are seldom to be found outside, even in their native
countries,” writes Rod Crawford, curator of arachnid collections at the Burke
Museum of Natural History & Culture in Seattle and noted debunker of spider myths. “They usually spend their entire life cycle in, on or under their native building.”

2. Putting a house spider outside could kill it.

Not everyone who’s afraid of spiders hates them, leading many people to try non-lethal eviction. Perhaps the most common strategy involves trapping a spider in a cup and releasing it outside, where it can presumably return to its natural lifestyle. This is a noble sentiment (and often requires quick reflexes), but as Crawford explains, it may not achieve the desired result if the arachnid is a true house spider. “You can’t put something ‘back’ outside that was never outside in the first place,” he writes. “Although some house spider species can survive outdoors, most don’t do well there, and some (which are native to other climates) will perish rather quickly when removed from the protective indoor habitat. You’re not doing them a favour.” In general, Crawford says, only about 5 percent of the spiders you see inside have ever set foot outdoors.

3. Not all spiders in houses are house spiders.

House spiders typically colonize new buildings via eggs sacs attached to furniture or building materials, but sometimes outdoor spiders also wander inside. Many of these are spiders that eschew webs in favor of active hunting, like wolf spiders, and may be seen scampering across floors or walls. If you release one of these outside, you might actually be doing it a favor. Just be sure to let the right one out. 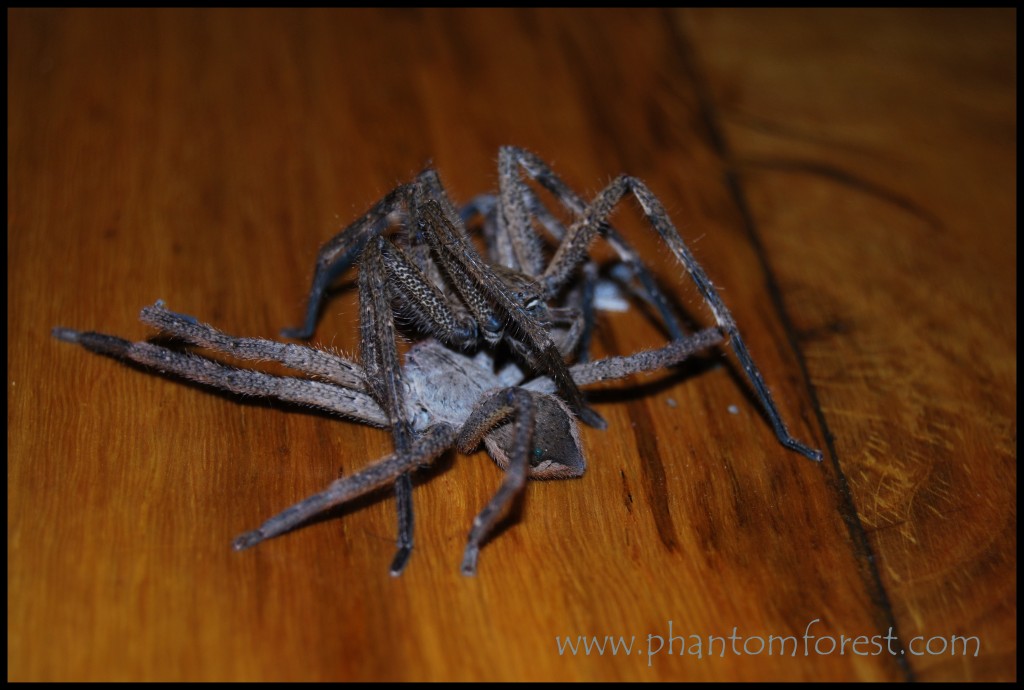 4. Not all house spiders look alike.

To complicate matters further, house spiders come in lots of shapes and sizes. The types in your house depend largely on where you live, although humans have helped many species spread around the planet, especially those from Europe.

5. Spiders don’t use plumbing to sneak inside.

Since spiders are often found trapped in sinks or tubs, many people assume that’s how they got inside. But modern drains feature sediment traps that would prevent spiders from passing, Crawford points out. “I don’t know of even one case where a spider was actually shown to migrate into a house through plumbing.” Instead, he adds, they probably just got stuck while looking for water. “House spiders are thirsty creatures living in a very water-poor environment, and any that venture near a sink or tub with drops of water in it will try to reach the water, often by climbing down a wall. Once in the slick-sided porcelain basin, they are unable to climb back out unless a helpful human ‘lends them a hand.'”

Spiders in general don’t deserve their scary reputation. They rarely bite people, and even when they do, most species’ venom causes only moderate and short-lived effects. That’s true for the vast majority of house spiders, which have no incentive to bite anything they can’t eat unless they think it’s a matter of life or death. “House spiders prey on insects and other small creatures,” Crawford writes. “They are not bloodsuckers, and have no reason to bite a human or any other animal too large for them to eat. In any interaction between spiders and larger creatures like humans, the spiders are almost always the ones to suffer.”

7. In fact, house spiders can be helpful.

As mentioned earlier, spiders are a potent defense against agricultural pests like aphids, moths and beetles. House spiders offer similar benefits indoors, helping suppress a wide variety of insects without the need for synthetic insecticides. “Spiders feed on common indoor pests, such as roaches, earwigs, mosquitoes, flies and clothes moths,” explains a fact sheet by Bayer CropScience. “If left alone, spiders will consume most of the insects in your home, providing effective home pest control.” And by keeping these populations in check, spiders can even help limit the spread of disease carried by insects like fleas, mosquitoes and cockroaches. If you want to make sure your house spiders are pulling their
weight, check in and under their webs to see what they’ve been eating. Many web-dwelling house spiders simply drop the remnants of their prey to the floor after eating, which can make an annoying mess but also provide evidence of their contribution to the household.

8. There are humane ways to manage house spiders.

If you still can’t stand the sight of house spiders, it is possible to keep them in check without losing your cool. Instead of resorting to broad-spectrum pesticides or frenzied smashing, try to stay ahead of population booms by limiting suitable habitats. Check
windows, eaves and other popular spider hangouts, and remove any cobwebs you come across. This probably won’t eliminate your house spiders, but it might drive them to lower-profile haunts like a shed, garage or crawlspace. Sealing potential entry points may not affect house spiders, since they don’t sneak in from outside, but it could limit incursions by other spiders. And if it also prevents insects from getting inside, it may indirectly
reduce your house spiders by limiting their food supply.

This amazing and informative look into the natural world around
us was brought to Phantom Forest via Mother Nature Network, www.mnn.com compiled by RusselMcLendon @russmclendon

The full article with hyperlinks can be found at http://www.mnn.com/your-home/at-home/blogs/8-facts-about-misunderstood-house-spider

Did you know…… that the common “daddy long legs” that is so often referred to as a spider is NOT a spider at all? They’re in their own separate Order which is Opiliones. Common names for this Order are daddy-longlegs, harvestmen or opilionids. Scorpions are in the Order Scorpiones, spiders are in the Order Araneae, ticks and mites are in the Order Acari.

This entry was posted in Eco awareness, Eco Tips and tagged eco-tips for spiders, mosquito repellent, spiders. Bookmark the permalink.